Super healthy feijoa: how to choose what to cook, why to eat right now

The modest green berry with the wonderful name feijoa has an extraordinary taste - notes of pineapple, strawberry and kiwi are guessed in the delicate pulp. And the benefits of it for three!

Make yourself a kiwi, banana, halved apple, 4 feijoa berries, and a glass of milk for breakfast. Beat peeled fruits (feijoa can not be peeled, but only cut off "butts"), beat with milk in a blender. Add a little brown sugar and a pinch of cinnamon if desired.

How to choose a feijoa

Try to buy bright green fruits without brown spots or damage. The berries should be slightly springy to the touch, but not too soft, otherwise there is a chance to buy overripe ones. In any case, the feijoa will mature within a few days if you put it in a warm, well-ventilated place. Perfectly mature

fruit is a transparent jelly-like fragrant pulp. If the pulp is white, the feijoa is immature, and if it is brown, the fruits have already begun to deteriorate.

Will you be smart?

Feijoa fruits are rich in water-soluble (easily digestible) iodine compounds. There is no less of this useful element in berries than in seafood! Just two berries a day, and you are guaranteed a good memory and high performance. And the thyroid will be fine.

If desired, the smoked chicken in this salad can be replaced with boiled chicken. 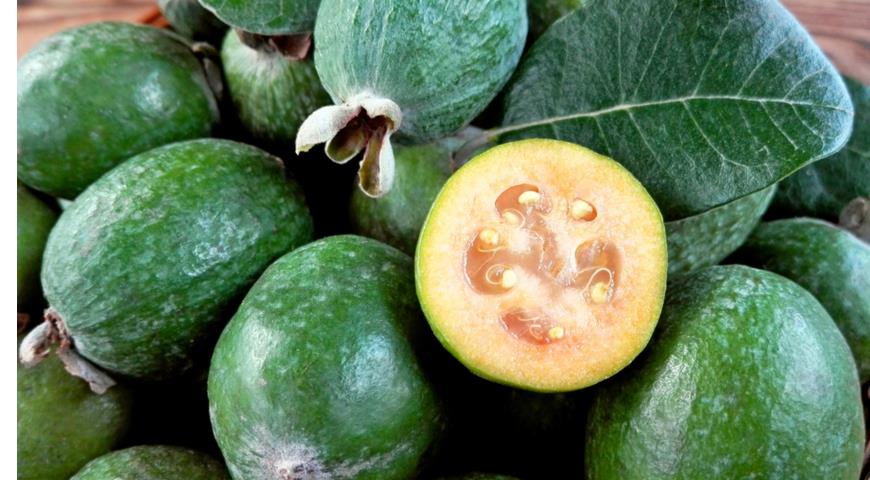 Both feijoa and walnuts are rich in vitamins and trace elements. Therefore, feijoa jam with nuts is a treasure trove of pleasure and benefits. 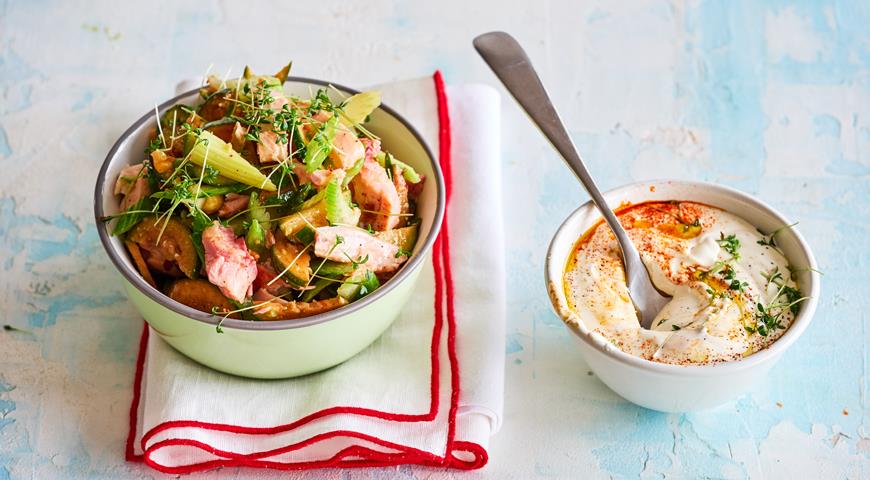 Feijoa chutney with ginger for meat 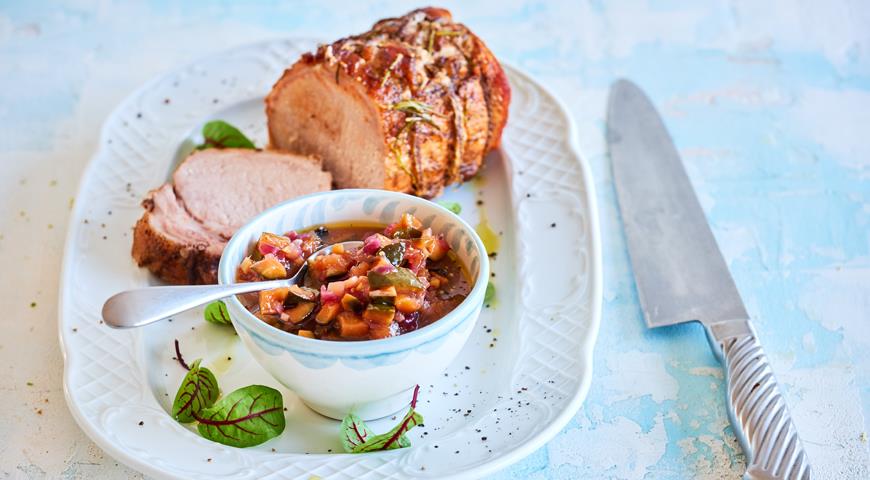 Feijoa mashed with cranberries and sugar

Berries or fruits pureed with sugar are definitely healthier than cooked ones. And such "raw" jam is prepared much faster than usual. 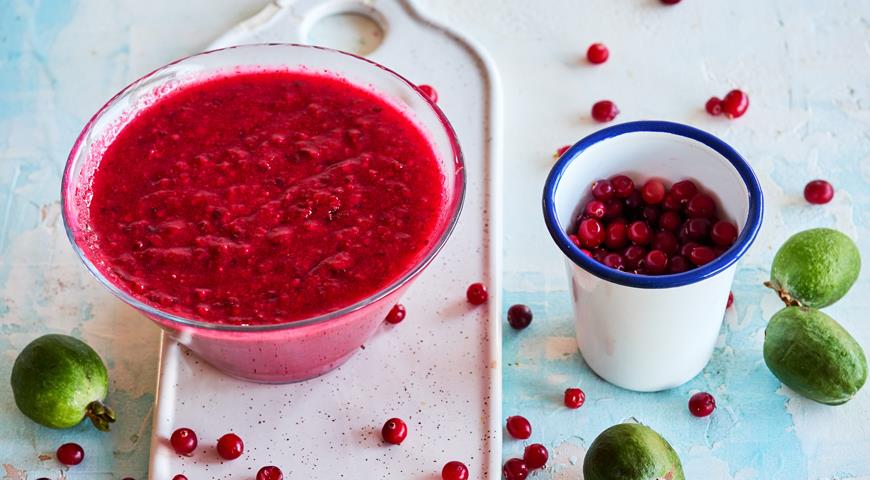